Love, Santa Claus is a love letter to spiritual enlightenment and servant-hearted contentment. Follow Santa through his annual rituals and see the legendary icon of Christmas in a whole new way.

Liberatori “Liberty” DeVitto (born August 8, 1950) is an American rock musician. He is best known for his work as a drummer for New York singer-songwriter Billy Joel’s recording and touring band. He has also been a session drummer on recordings of other artists. He is credited as a drummer on Billy Joel records that have sold 150 million units worldwide. Liberty has also performed with artists such as Paul McCartney, Stevie Nicks, Mick Jagger, Roger Daltrey, Ronnie Spector, Karen Carpenter, Phoebe Snow, Elton John, Meatloaf, Bruce Springsteen, Tom Morello, Elvis Costello, and many more. In 2013, he was inducted into The Classic Drummer’s Hall of Fame.

Born in New City, DeVitto moved with his family to Long Island in 1951. Shortly after graduating from Seaford High School in 1968, Liberty headed out on the road with Detroit rocker Mitch Ryder. His first recording experience—with Long Island’s Richie Supa—soon followed. During a tour to promote their album, an auto accident resulted in injuries that would prevent DeVitto from playing drums for a year. A steady Long island live gig intended to ease him back into music led to the formation of the group “Topper,” which would eventually become Billy Joel’s band.

BENEATH THE BIG BEARD OF SANTA CLAUS
In Love, Santa Claus, we discover the deep well of meaning that lies beneath the well-known character of Santa. What drives one of the world’s hardest-working icons to keep going on his biggest night of the year. Millions of homes to visit in every corner of the globe but never a complaint from the bearded bringer of gifts.
Liberty has put a beautiful spiritual spin on the old tale by revealing his own deeply held faith and his love for what he does. If it were possible to love Santa even more, this is the book that can make it happen.

After the release of Liberty's autobiography, Liberty—Life, Billy, and the Pursuit of Happiness, in March last year, Liberty discussed the idea of children's books with his book producer and noted children's author, Simon Mills. Mills' who writes children's books under the pseudonym Sir Rhymesalot was thrilled to collaborate on the project with DeVitto to add his proprietary visual rhythm and rhyming technique along with his distinctive writing ability to Liberty's beautiful take on the heart of Santa Claus. 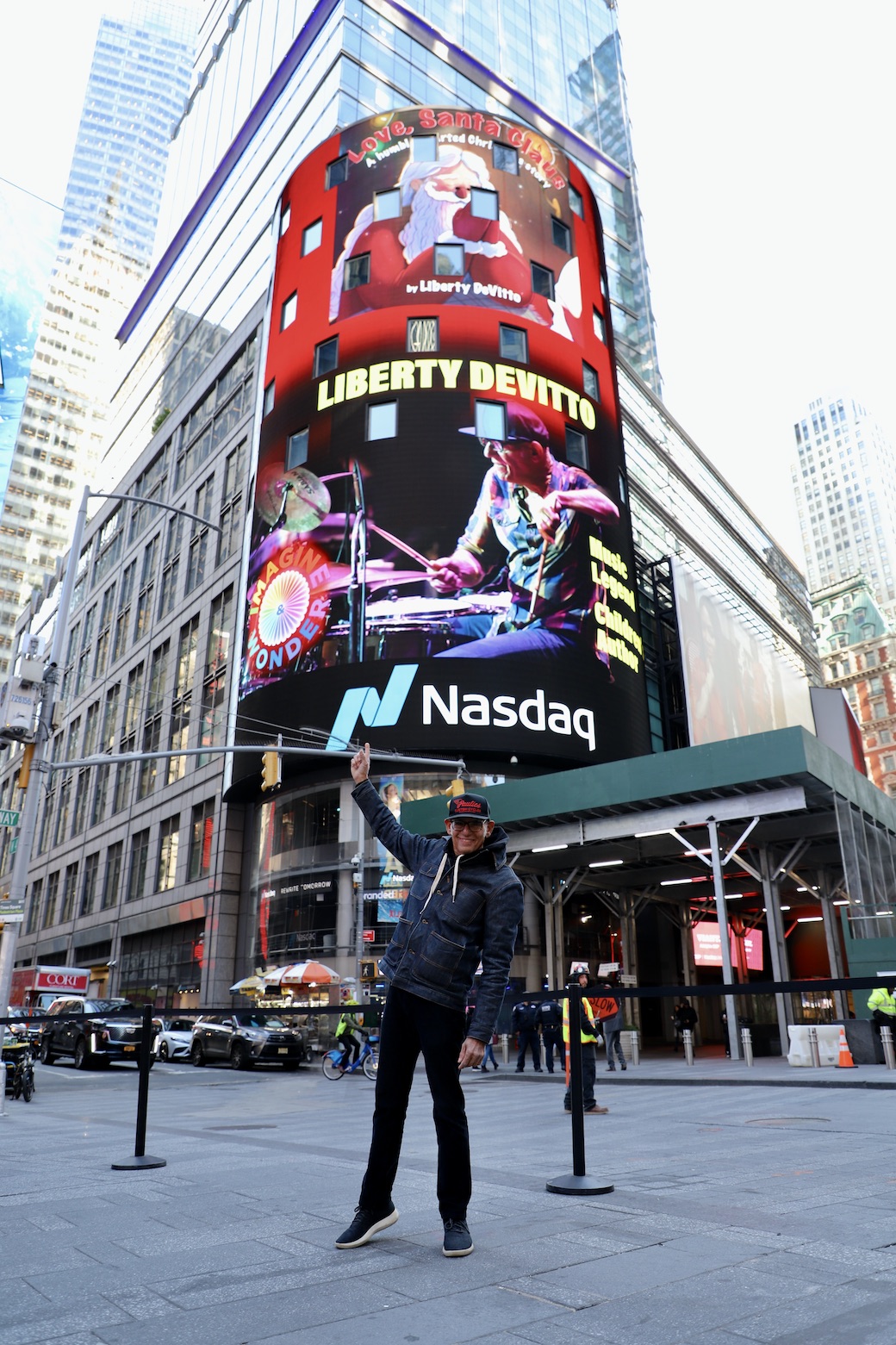 The book is available for purchase at all outlets globally in multiple formats, including hardcover, Ebook, and, coming soon, audiobook. See details at Amazon.